In one of my previous posts, I told you about how to learn irregular verbs effectively using a simple method of dividing them into groups.

There is one problem though. There are some many of them and we just don’t have time to think and remember while speaking. And some verbs are just unlucky – English learners never use them right.

Let’s deal with the most common mistakes in irregular verbs and make sure you always speak accurately.

There are 3 types of common mistakes with English irregular verbs:

Let’s go through all of them step by step. 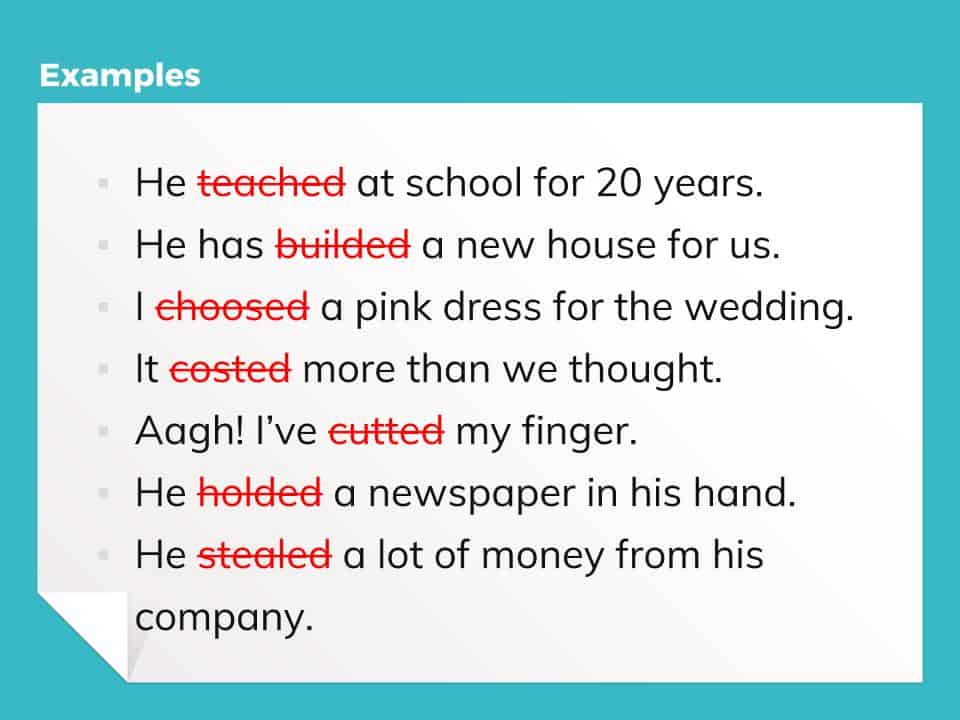 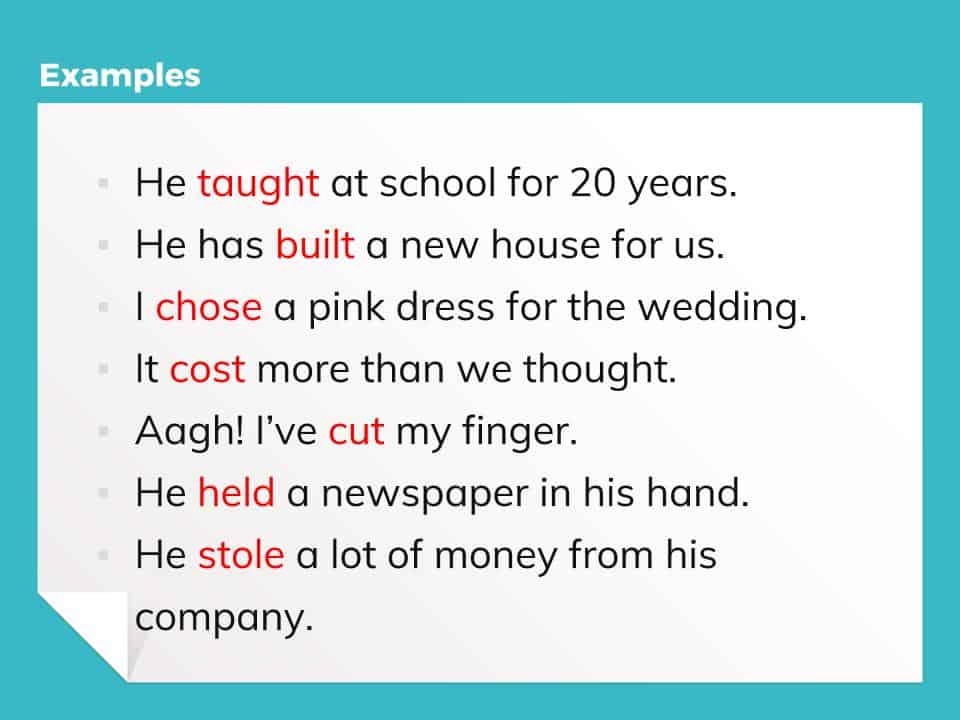 Irregular in British but Regular in American English

At the same time, I will remind you that there are some verbs which are treated both as regular and irregular in different accents of English: burn, learn, smell, dream, and spoil are used as regular verbs in American English now but in British accent we still treat them as irregular. The good news is their V2 and V3 are the same. 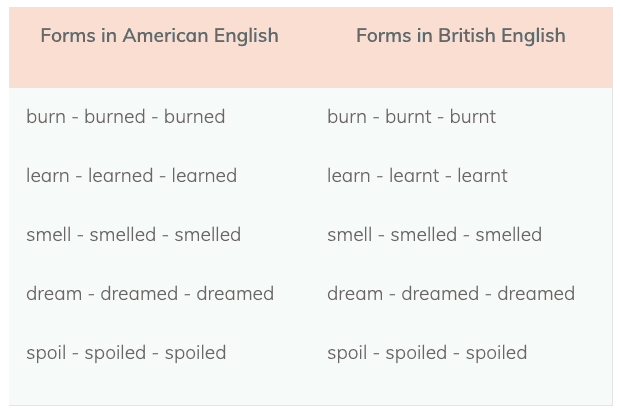 Do not mix them up

Another typical mistake: sometimes the verbs have similar meanings. We think about one verb and we use another verb instead. It can happen even with Advanced English learners.

Watch the video lesson and practise with me. There is speaking exercise inside!

A little tip: learn irregular verbs in phrases, not in lists.

Do you pronounce them right?

If you mispronounce some of the verb forms, people just won’t understand what you mean!

It is very confusing that’s why it’s very important to practise until you are absolutely sure in your pronunciation.

Repeat the forms out loud, use them in sentences – be active!

The main thing in mastering irregular verbs is not to be afraid to make a mistake. It takes some time to remember them all, but it is completely doable. Good luck!