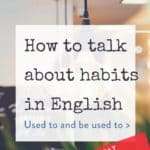 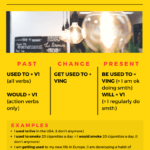 If you have problems with the verb structures used to, be used to, get used to, I hope this video will be helpful. I have recorded a 14-minute grammar training for you to understand the difference between these structures and practise using it in your own speaking.

It is very important to remember that all the structures described in the video are used only for the repeated actions, but not one-time actions.

For one-time actions in the Past, use Past Simple construction. (e.g. I entered the university in 1997. – I entered it only once)

Here are some collocations with the word HABIT 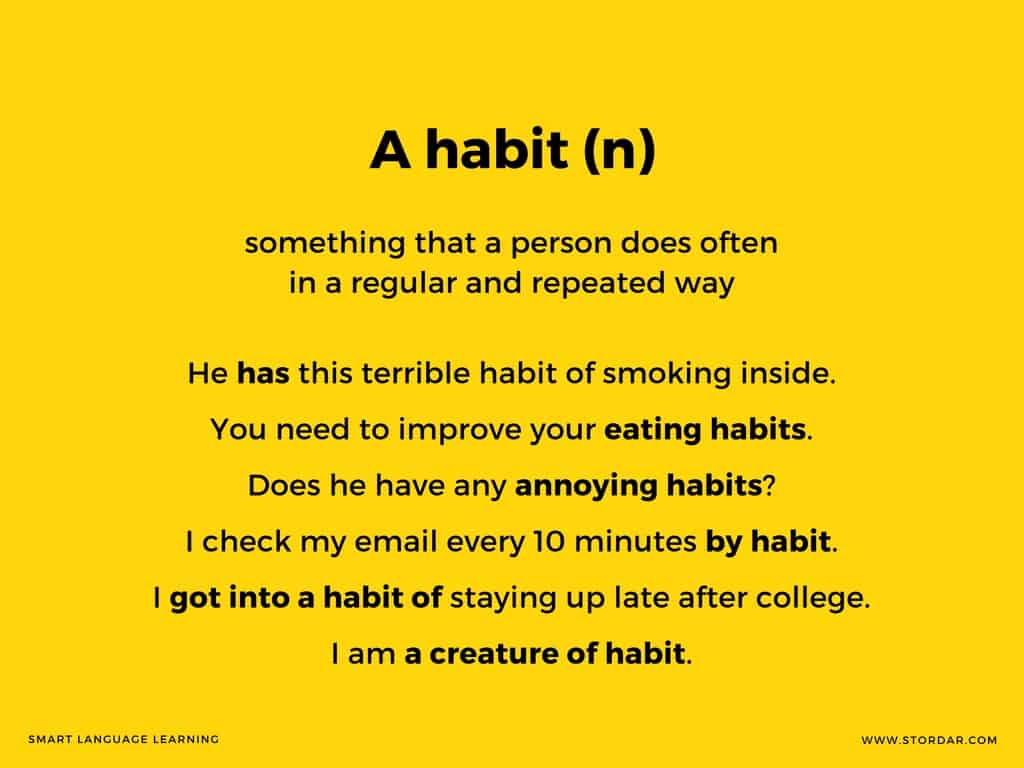 What the structures with USED mean:

be used to – describing the state when we have some present habit – it means we do something on a regular basis and enjoy it.

In the video, you will also find an explanation on using ‘would’ and ‘will’ as alternatives to USED TO.

Patterns used with USED TO structures

Be careful about the verb form you use after ‘used to’ constructions.

GET USED TO + Ving (e.g. I am getting used to riding a bicycle to work.)

The answers are in the video or have a look at the very end of the post.

Exercise 1: Are these sentences correct or not?

Exercise 3. Write one or two sentences describing the situations below using ‘used t0’, ‘would’, ‘be used to’, ‘will’ or ‘get used to’.

Situation: I live in a new country where people speak a language different from my mother tongue. How do I feel? Answer: I used to live in a different country. I am getting used to speaking a new language.

1) I used to speak French every day. correct
2) I am not used to eating so much for breakfast.
3) He is used to smoking. / He used to smoke.
4) He got used to flying after his first year as a journalist.
5) She  used to like skiing as a child.
6) We are getting used to sleeping with the windows open. correct
7) She will go to the beach every day.

Have you changed your habits in the course of your life? How is your life different from before? Write in the comments using the examples with USED TO!

How to Use Prepositions of Time

How to Easily Ask Questions with ‘Can I’